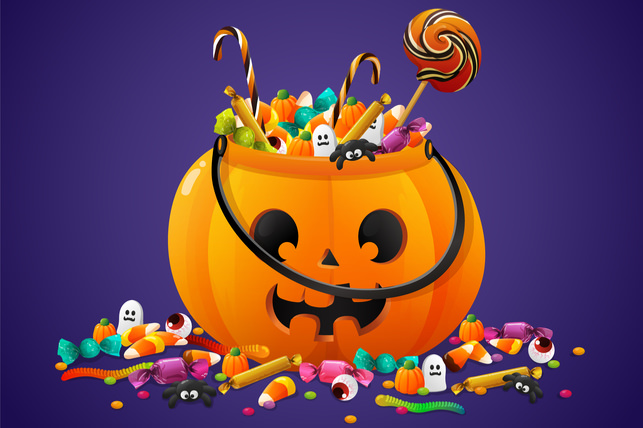 Halloween is one of America’s favorite traditions, and gives us an incredible opportunity to get outside and celebrate our community with friends and neighbors alike. But, did you know that we haven’t always passed out candy during Halloween? In fact, Halloween isn’t even an American holiday.

Trick-or-treating evolved from an old tradition called “going a-souling,” which occurred when children celebrating the Festival of Samhain solicited food and treats from door to door. Kids would knock on a neighbor’s door and offer to pray for the souls of their relatives in exchange for gifts. The children would be handed food, coins, ale and other trinkets in exchange for their kind thoughts. This tradition eventually made its way to America in the early 1900s, when the United States welcomed a large influx of European immigrants.

Trick-or-treating gained popularity in the 1930s and 40s, but as Halloween became more popular, parents felt unsafe allowing their children to accept unwrapped food from strangers. At the time, some of the most popular treats were cookies, cakes, fruit, popcorn balls and muffins. Parents argued that the treats could be tampered with and potentially harm their children. Combine this risk with how expensive and time consuming it is to make treats from scratch, and Halloween had a real problem: a lot of people wanted to celebrate, but could not do so without steady, reliable supply that parents could trust.

During the 1950s, Halloween boomed in popularity across the USA. However, parents were still concerned about the treats their children were receiving. Candy producers saw this as a golden opportunity to alleviate parent’s concerns by providing reliable, enjoyable treats. Candy producers created large advertising campaigns promoting the safety of prepackaged candy. They argued that it was safer for children to eat packaged candy, because it couldn’t be altered without visible marks on the wrapper. Suddenly, it became much cheaper to buy candy and hand it out instead of spending hours creating your own treats.

Candy is packed with sugar, which fuels unhealthy bacteria that eats away tooth enamel and leads to cavities. Be sure that your child doesn’t eat too much candy, and that they brush and floss their teeth after eating candy. We hope that your family has a happy and safe Halloween this year!