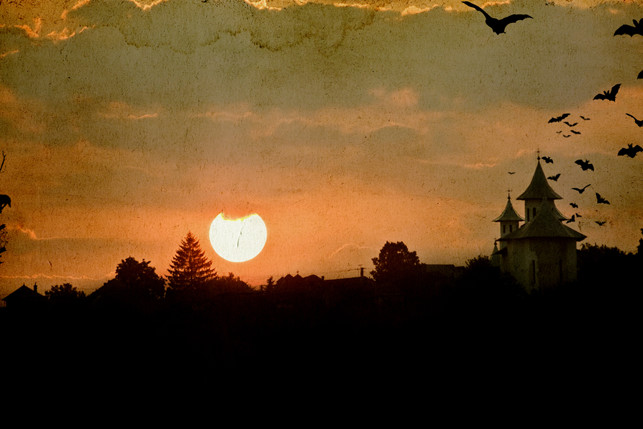 Halloween is a time to celebrate the season of fall, and get to know your community through local festivals and trick-or-treating. But, where did Halloween come from? How long have we been celebrating, and what does the holiday represent? Below, we discuss the origins and traditions associated with the spookiest holiday that we celebrate.

The Festival of Samhain

Halloween is over 2000 years old and originates in Celtic Ireland with the Festival of Samhain. The Festival of Samhain celebrates the incoming Celtic New Year, which begins on November 1st. The festival honored deceased ancestors and celebrated the end of the harvest. The ancient Celts believed that the bridge between seasons (between October 31st and November 1st, by their calendars) was also a bridge to the world of the dead, and they used this time to honor their deceased ancestors by holding rituals that celebrated life and death.

As European and Native American groups began meshing, early forms of Halloween were celebrated as “play parties,” public events held to celebrate the harvest. During play parties, neighbors would gather to tell stories of the dead (ghost stories), dance, sing and get into some good old fashioned mischief (tricks!).

America welcomed a large influx of immigrants in the second half of the nineteenth century, and with them came their Halloween traditions. The English and Irish are credited with early trick-or-treating, and brought with them the custom of dressing up, and travelling door-to-door to ask for food.

Early trick-or-treating was done when poor citizens would beg for food and offer prayers for the ancestors of a charitable passerby. People began passing out “soul cakes” to the beggars, named after the souls for which the beggar would pray. Later, children adopted the practice by going door-to-door and soliciting food, ale and treats in exchange for prayers. The traveling solicitation was called “going a-souling” by participating children.

By the late 1800’s, a movement to mold Halloween into a community-centered holiday gathered steam. Newspapers and community leaders urged Americans to focus less on tricks and ghosts, and emphasize being neighborly and communal. Because of these efforts, modern Halloween began to break away from the traditions associated with the Festival of Samhain. By the early 20th century, Halloween as it currently exists began to take shape.

Between the 1920’s and 1950’s, trick-or-treating became more popular and was widely encouraged in neighborhoods and classrooms across America. Trick-or-treating was seen as an inexpensive way for the entire town to celebrate the holiday, and engage the community.

Have a Happy Halloween

We would like to wish all of our patients and their families a happy and safe Halloween. If you are passing candy out this year, consider sharing some mouth-healthy treats with your neighborhood children like dark chocolate and sugar free lollipops. Or, you can pass out small toys or toothbrushes to really make your dentist proud this Halloween! Regardless of how you choose to celebrate, we hope that your family has a spooky (and safe) Halloween!